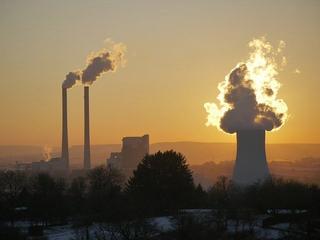 Commitments vs actions: Analysis of climate efforts in G20 countries

In 2015, 190 states adopted the Paris Agreement on Climate Change and committed to efforts for limiting the increase of the global average temperature to 1.5°C. With limited progress over the past five years, scientist are warning that our time for action is running out.

As part of the new SDG Action Initiative, my colleague Guillaume Lafortune and I investigated the level of consistency between commitments and actions for carbon neutrality in G20 countries. Looking at data from the UN and independent organizations, we found a worrying disconnect between countries' commitments and their actions when it comes to achieving climate neutrality.

Commitments are ambitious, actions are insufficient

All G20 members signed and adopted the Paris agreement, committing to significantly reducing carbon emissions in line with the 1.5°C target. In addition, nine members have pledged to reach net-zero emissions by 2050 under the UN Climate Ambition Alliance. According to the Net Zero Tracker, more than half of the G20 members have anchored their commitment to reach carbon neutrality by mid-century within national policies or their Nationally Determined Contribution (NDC).

However, data from the Climate Action Tracker shows that countries' national policies and actions are insufficient to meet the objectives of the Paris Agreement. Several G20 member states' actions (Argentina, Russia, Saudi Arabia, Turkey, and the United States) are rated as being critically insufficient. Moreover, many G20 countries have provided unconditional subsidies for fossil fuel as part of recent recovery packages (Energy Policy Tracker), which stands in direct conflict with ambitions to reach net-zero emissions. 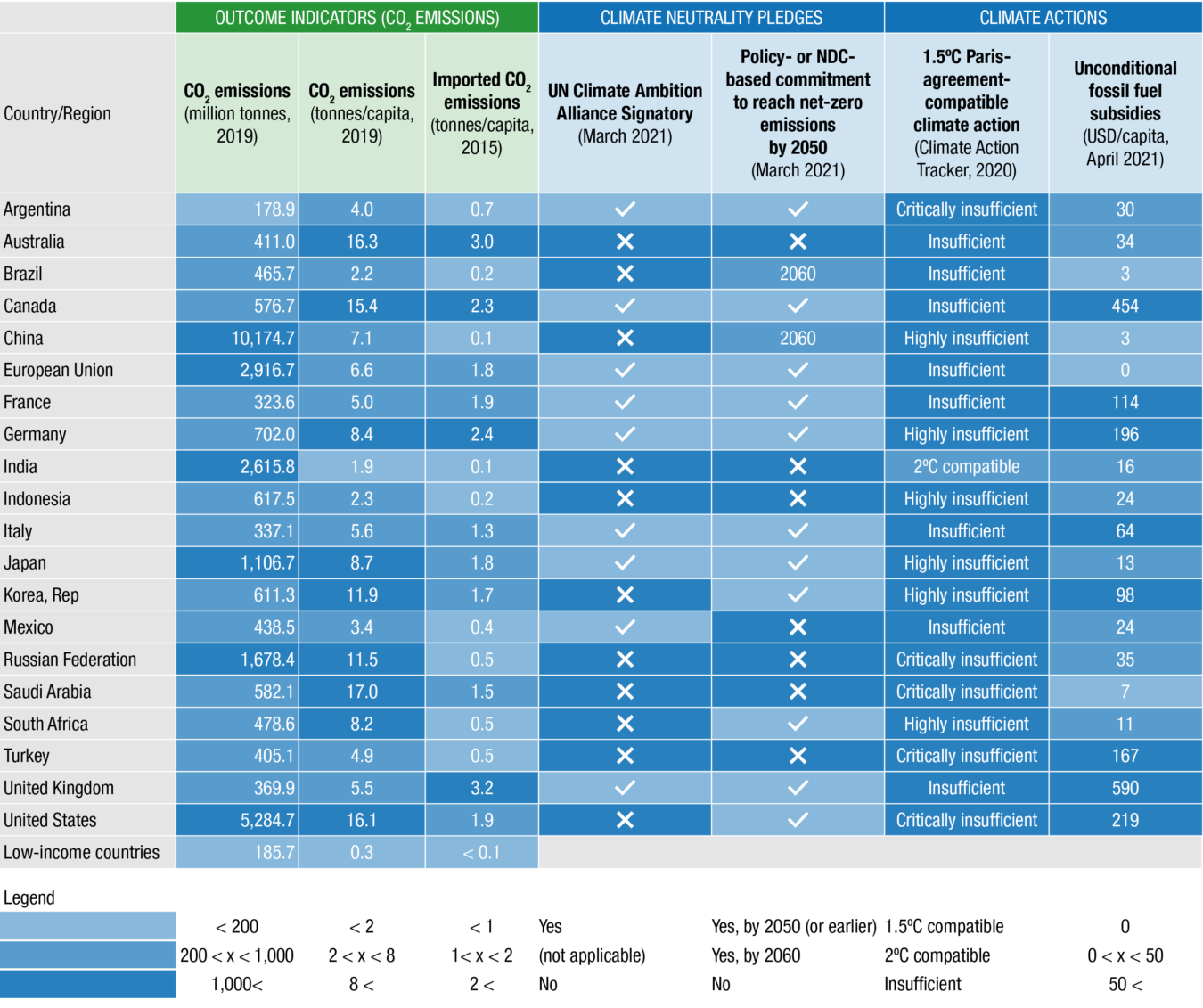 Source: Lafortune & Woelm (2021), Are nations thinking, and acting, for the long term?

The full article "Are nations thinking, and acting, for the long term?" is available free of charge on the SDG Action platform: https://sdg-action.org/are-nations-thinking-and-acting-for-the-long-term/ 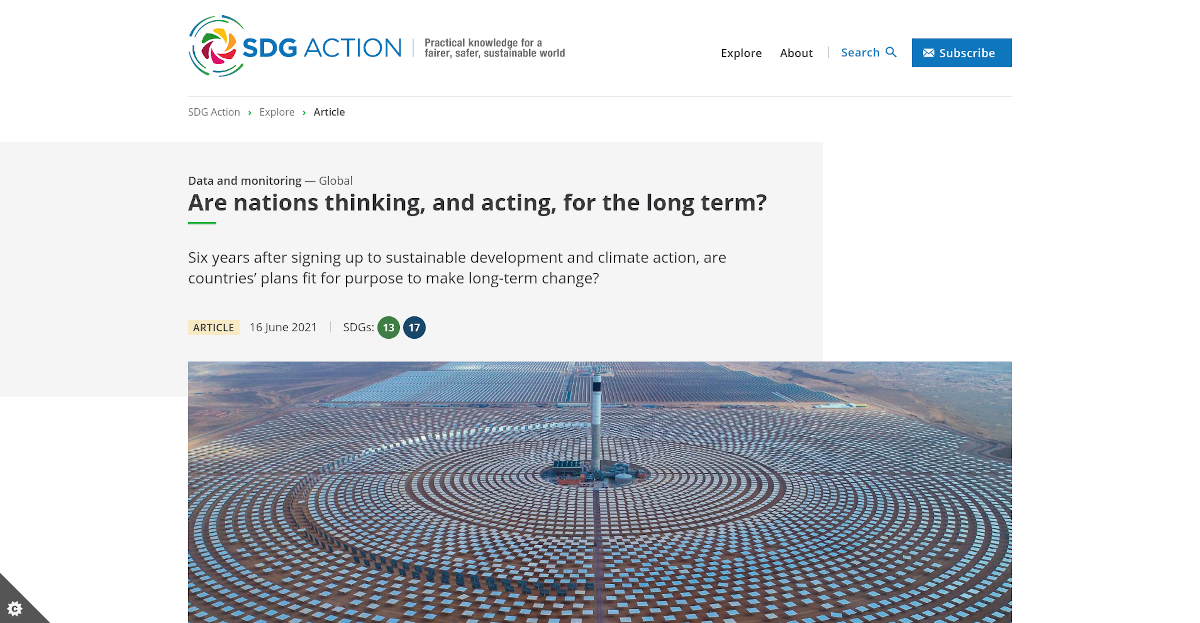